The latest in Ecommerce news.

Are you informed on the latest info?, Up to date with the most current Ecommerce news? Get it all here.

Most people have busy lives managing and maintaining their businesses, leaving little to no time to stay keep up with the growth and development within Ecommerce industry. We here at MAKdigitaldesign have made it easy for you!  Here are the latest and greatest news and highlights to keep you up to date.

In accordance to the Washington post, Data breaches have affected huge chain businesses such as target, but the real threat that goes unnoticed in headline news is the small business community, because they are more vulnerable to attacks from hackers. Small business owners are concerned that Obama’s legislation for protection against cyber criminals will only protect and educate big corporations and companies. Todd McCracken, president of the National Small Business Association has spoken against this issue and states that “Cybersecurity has emerged as a significant problem and concern for the small-business community,” He also says that cyber security can be useful, but what matters is how that information is used by small businesses. The main objective McCracken wants to get across is that it’s not just an attempt from the government to prevent cyber-attacks, but rather offer education and information on how to properly deal and protect themselves from the attacks. Jane LeClair, chief operating officer at the National Cybersecurity Institute at Excelsior College in Washington, D.C states that most small businesses don’t have any awareness they are being attacked until it’s too late and that’s how a lot of small companies went out of business. Hartford researchers stated that “A disconnect clearly exists between the reality of the situation and the cyber threat perception”. Most small businesses don’t monitor their own companies because they believe hackers only go after big corporations. We need to change this perception and be more cautious to avoid becoming a part of the out of business statistic. The Washington post also states that ‘the legislation was approved under the guidelines of private companies giving federal investigators more access to their internal data and computer networks, and at preventing attacks and tracking down the culprits when they do happen. According to the proposal, data would pass through a civilian agency and be scrubbed of personally identifiable information before being put in the hands of any federal departments. Companies that share information with investigators or with other businesses would also be granted certain legal liability protections’. Pass this information to all your business colleagues and monitor your company, despite the legislation, being educated is the still the best form of protection against hackers.

Mobilegeddon: Don’t panic, it might just be a smart phone.

What’s the reason online businesses are experiencing traffic drops? It might be due to lack of having a responsive design site. We are entering a new age of mobile users now having access to the world’s largest search engine from their phones. Google made its interference friendlier for users accessing data from their phones, but what about all those online businesses still portraying to the audiences of desktop platforms? We have to adapt with the times, and changing the design to be more responsive to mobile users is the key to maintaining and progressing incoming traffic. Despite the growing concerns of online business owners being scared of losing out on the possibility of being on Google’s first couple of pages due to the change, and not making responsive design a priority, losing money was a huge concern but Google gave plenty of warning of its latest SEO tweak and offered plenty of resources and tools to help online businesses adapt and get on board with the improvements and advancements of being more mobile user friendly. Moving forwad, the algorithm becomes more beneficial by reflecting a worldwide movement towards the consumption of products via internet and making the online shopping experience simple and easy.

Does your business want a loan of up to 250,000? The merge begins with Angie’s list and OnDeck Capital. 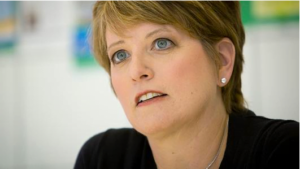 Angie’s list is a website dedicated to listing the nations top ranked businesses reviewed by its users. The site has taken on a partner from OnDeck Capital and both will work together to grant access to eligible small businesses to receive loans up to 250,000 dollars. The service providers will have access to the financing and will help develop a platform where funded subscriptions are possible. The collaboration is said to be aimed at delivering more growth for the business. They will develop business lines of up to 20, 000 of credit. Sam’s club also joins up with Web.com and is offering its members small business services and is shocked to find that 50 percent of those small businesses are completely offline with no awareness of the marketing aspect of business. Most businesses that also take it online can see a revenue increase of up to 28 percent. New York, and other places are rapidly growing in the small business community as small business loans are increased for the first time since 2010. Positive moves all around for small businesses especially in the evolution of online lending space. Bank loans are on the rise, and online is the way to go. “We’ve seen a lot of our practice move in the direction of those lenders,” said Ami Kassar, chief executive of MultiFunding, a loan brokerage and consultancy.