Is JAMstack for E-Commerce the Best Option for Your Business? 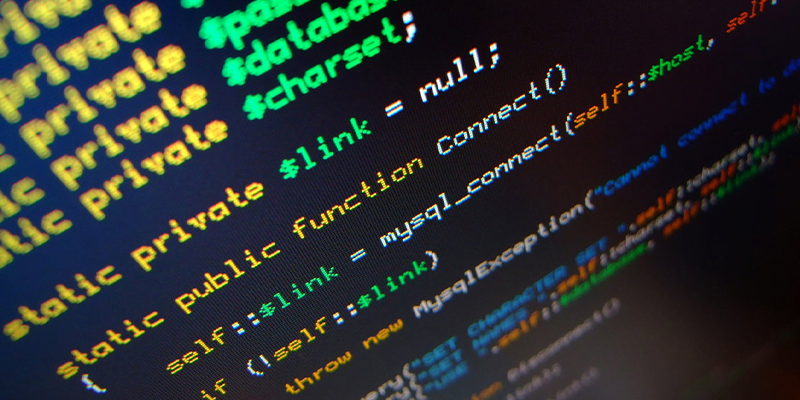 JAMstack for E-Commerce – Is it the Best Option for Your Business?

The J in JAMstack stands for Javascript, the A stands for Application programming interfaces, and the M stands for Markup –– which in this case is HTML rendered before time using a static content generator. While JAMstack is simply a technology stack, the term is often used for a wider ecosystem that includes an API economy, a headless content management system (CMS), and high-end computing technologies that bring computation and data storage together to tackle response time problems.

According to Matt Billmann, Co-Founder and CEO of Netifly; “traditional monolithic systems like WordPress, Rails, Drupal, and so on — they always had the plugin system inside, so you would have WordPress plugins, inside WordPress”. Netifly is a platform that automates the development and deployment of JAMstack. Matt believes that the plugins feature of most e-commerce platforms is limiting. JAMstack is better because “the whole extension system has moved to different APIs and services [outside of the box], which is more powerful in so many ways”.

While JAMstack seems like a good solution to plugins and extensions, it is also less organized, and quite complex for non-techies, which makes it less user-friendly compared to most e-commerce platforms. For example, if you want to add a new payment processor to your e-commerce that is powered by a monolithic platform, you just have to add a plugin. On the other hand, the process is longer and more difficult for JAMstack; you must find a payment processor, then integrate and test it. To do this, first, you need to update your current pages before deployment. You also must understand the parts of the specific page that are dynamic and the parts that are static. So even though JAMstack is more freeing for businesses and developers especially, it exposes them to tough choices and that can be overwhelming.

Who Are JAMstack Users?

JAMstack’s ultimate users, currently, are e-commerce developers because they have the technical knowledge and skills to easily understand and use the stack, and they are also the biggest benefactors. JAMstack’s ideal users are as follows:

1 – E-commerce businesses that are looking to reduce costs and gain a competitive edge.

2 – Agencies that want to stand out, and

Is JAMstack Usage Increasing for E-Commerce?

Being a new addition to the e-commerce terrain, it may help businesses to know whether JAMstack is gaining new users since increased usage will show that the stack is indeed beneficial. According to Chris Bach, Netifly’s Co-Founder and President, they are “onboarding about 100,000 new developers a month”. JAMstack is also gaining market buzz because the likes of Gartner seem to be reaching out to the creators regularly to ask about the technology. In fact, JAMstack has also caught the attention of one of its biggest competitors, WordPress. In a statement by Matt Mullenweg, CEO of WordPress; “JAMstack is a regression for the vast majority of the people adopting it. …The usability and functionality are actually lower. Even rebuilding sites in JAMstack harkens back to the Movable Type days, where the bigger your site gets, the slower it is to rebuild or update templates”.

Mullenweg does not see the viability of JAMstack, and that’s not just because JAMstack is a potential competitor. As we mentioned above, JAMstack usage requires some development skills, and so for example, users who lack JavaScript skills will have a hard time accessing APIs to build custom features and functionalities for their sites or apps. Unlike with WordPress where users can watch a quick video tutorial to set up and run their WordPress site with WooCommerce. Interestingly, e-commerce development platforms such as WordPress, Shopify, BigCommerce, and many other full-suite platforms provide API access which invariably makes them headless CMS. As a result, they are also compatible with JAMstack technologies.

Is JAMstack Better for E-Commerce?

It is clear that JAMstack is difficult to use, but that doesn’t automatically stop it from gaining usage if there are competitive advantages to using it rather than any of the full-suite e-commerce platforms such as BigCommerce. Indeed, JAMstack provides some competitive advantages such as better performance, scalability, security, fast development, and cost-efficiency. Chris Bach explains that: “the traditional web model had huge issues around security. I mean…we get 100 million requests a month at Netlify — just us — that starts with ‘wp-admin.’ Obviously we don’t host WordPress sites. But that’s pretty insane. It’s like saying, ‘Hey, if you haven’t updated your WordPress site for a week or two, we’d love to infect it”. Simply put, those 100 million requests are possible hackers or hacker bots looking for loopholes. According to Bach, 95% of malware attacks are on monolithic web apps that are exposed by default.

Most of these monolithic platforms’ CMS run a dynamic page-building system –– a user’s web browser engages a server, the server in return engages a database. As a result, both the server and database files are exposed, and can be attacked by hackers and hacker bots. JAMstack is not entirely free of this challenge, the ecosystem offers two types of page-building, static and dynamic; JAMstack’s dynamic page-building content can also be exposed to such security problems. However, most of the pages JAMstack will send to users’ web browsers will be static, thereby eliminating this security problem.

So, should you join the JAMstack gang? That is a question you will have to answer by yourself. Currently, JAMstack seems to have a competitive edge because it is not yet a congested space. It offers better speed, better security, distinctive workflows (if it matters to you anyway) and can be tightly integrated with a mobile application. If you want to enjoy all these benefits that will be available for early adopters, then you can give it a try.